In a new twist in the killing of Dera follower Pradeep Sharma in Kotkapura, Canada-based gangster Goldie Brar, accused in the murder of Sidhu Musewala, has claimed responsibility for the murder.

A Punjab police official said they could neither confirm nor deny the claim at this time.

The claims were made public by Goldy Brar via a social media post. 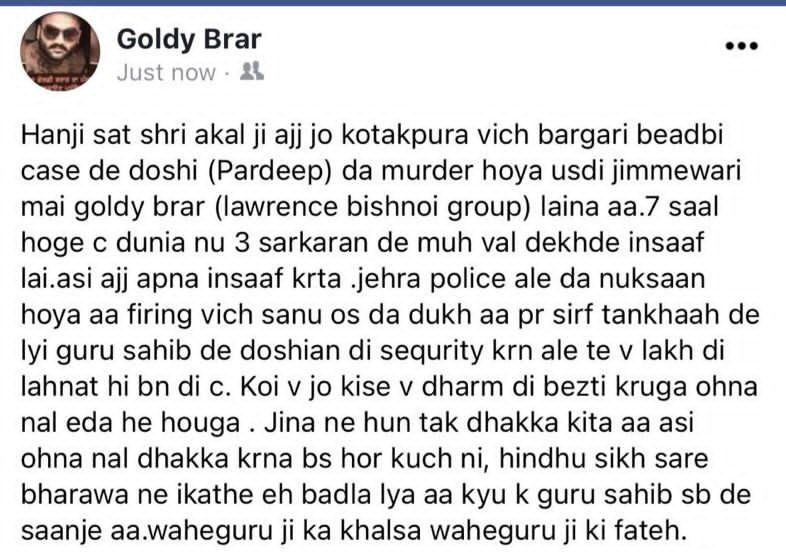 Goldie Brar is hiding in Canada and is a close assistant of gangster Lawrence Bishno. The Cyber ​​Crime Wing of the Punjab Police has launched an investigation into the allegations made by Goldy Brar. In his post, Brar wrote: “I, Goldie Brothers (Lawrence Bishno Group) am responsible for the murder of Bargari blasphemy accused Pardeep in Kotakpura today,” adding; “During the last seven years, three governments have changed, and they have not changed. was able to give justice to cases of blasphemy.” He wrote that whoever does not respect any religion, the same will happen to him. “Hindu-Sikh brothers have taken revenge together because Guru Sahib is common to all,” he added.