Young Boston, Massachusettsthe woman died of flu despite not having any medical problems, it is what doctors have called a ‘one in a million’ case.

Price Merepol McMahon, 36, of Wellesley, Mass., near Boston, died last Tuesday of the flu. She had been feeling well just two days earlier – before her condition took a sudden turn for the worse on Monday.

The flu is most dangerous for young children and the elderly, while those in between are relatively safe if they don’t suffer from any health problems.

The annual virus has re-emerged this year after being dormant for most of the Covid pandemic. Experts have described this flu season as the worst since the 2009 swine flu pandemic.

Recent data from the Centers for Disease Control and Prevention (CDC) shows that the US ‘triple epidemic’ of influenza, Covid and respiratory syncytial virus (RSV) at the end of the year could finish soon. 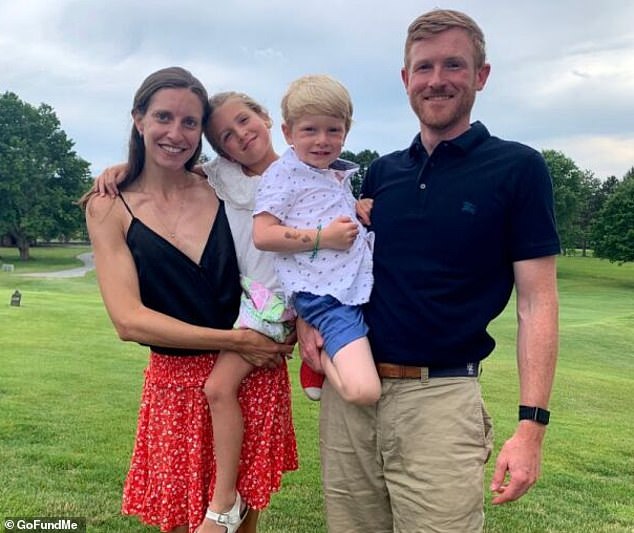 Price Merepol McMahon (left), 36, of Wellesley, Massachusetts died of the flu on December 20. She was a healthy woman without any background illnesses and even trained for a marathon. Doctors described her case as ‘one in a million’

“She was always incredibly smart, hardworking, driven, she was the one that everyone knew would be successful,” said Ian Meropol, Price’s brother. The Boston Globe.

Mrs. McMahon was in good shape and lived a very active life. Her family told the Globe that she played tennis, skied and even completed the New York City Marathon.

The woman, who previously worked as an executive at American Express and Burberry, even trained to run the Boston Marathon in April.

She spent Sunday, December 18, at her parents’ house, where the family gathered to watch Argentina’s triumph in the 2022 World Cup final and celebrate Hanukkah.

On the evening of Monday, December 19, she became ill. Her condition quickly deteriorated and she died on Tuesday afternoon.

‘The doctor’s words, I will always remember this, this is a one in a million case of the flu,’ Mr Meropol said. 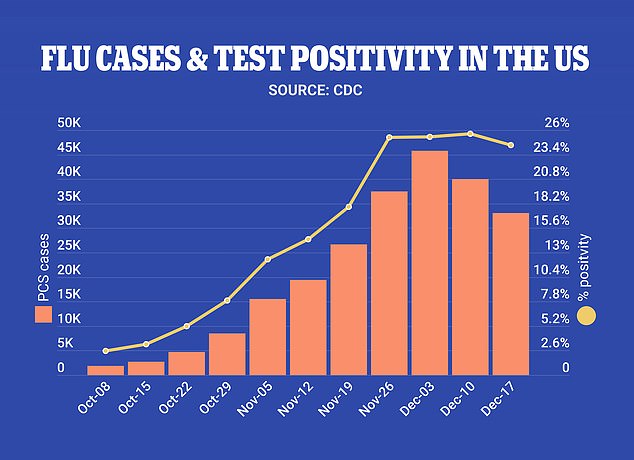 The number of flu cases fell for the second week in a row in the latest CDC report, with 33,041 confirmed infections. This is a drop of 26 percent compared to previous weeks

It is unclear what complications led to Ms McMahon’s death or whether there were any unique factors in her infection that caused the rare death.

The CDC reports that up to 35,000 Americans die from the flu each year — though the Covid pandemic has caused the numbers to crater in recent years.

Other people who suffer from conditions such as diabetes, heart disease or asthma are also at increased risk, but still, serious complications from the flu are rare.

This flu season has been unusually brutal in the US. Experts warn that two years of mask orders and social distancing associated with Covid have weakened the immune systems of many and made the population more susceptible to these viruses.

Still, death from the flu is rare for a 36-year-old with good enough cardiovascular health to complete marathons.

America’s flu epidemic may soon finally be coming to an end, according to the latest data available from the CDC.

The agency confirmed 33,041 infections in the week ending Dec. 17, a 26 percent drop from the same week and the second straight week in which the number of cases declined.

Still, the wave left hospitals reeling. Tamiflu, the primary drug used by hospitals to treat the flu, is hard to find in some parts of the country.

Although the Food and Drug Administration does not officially consider the drug to be in short supply nationwide, regional shortages have forced HHS to step in.

America’s top health agency announced last week that it will make an extra supply of Tamiflu available to hospitals from the national stockpile.

This stockpile is a collection of medicines that the government stores in case of an emergency.

“Today, we are taking action so that every jurisdiction can meet the increased demand for Tamiflu this flu season,” said Dr. Xavier Becerra, HHS Secretary, in a statement.

‘Government stockpiles can be used, and if jurisdictions need access to the Strategic National Stockpile, they now have it to respond to the current seasonal influenza outbreak.’