One of the biggest disappointments among Likud lawmakers is the size of Benjamin Netanyahu’s victory in last week’s election.

The 64 seats won by the Likud-led alliance removed Netanyahu’s own MK leverage while ensuring he could not afford to risk alienating his supposed coalition partners.

The decision by the leaders of far-right Religious Zionism and Otzma Yehudith, Bezalel Smotrich and Itamar Ben Gvir, respectively, to negotiate as a single alliance means that Netanyahu will likely have no choice in giving them the two portfolios they are gunning for; Treasury to Smotrich and Ministry of Public Security to Ben Gvir.

Netanyahu’s allies say he is not afraid to entrust the sensitive public security portfolio, which includes police oversight, to extremist Ben Gvir, who has been convicted of multiple charges over the years.

During the last few months, Netanyahu’s colleagues have had many conversations with Ben Gvir. They claim they found him to be pragmatic and agreed he would get the crime-fighting funding he wanted but would not compromise the government on sensitive issues such as the Temple Mount.

It’s hard to know whether Ben Gvir will live up to that assessment, but Netanyahu’s office believes the extremist lawmaker will become less provocative if he can take steps to bolster citizens’ sense of security. 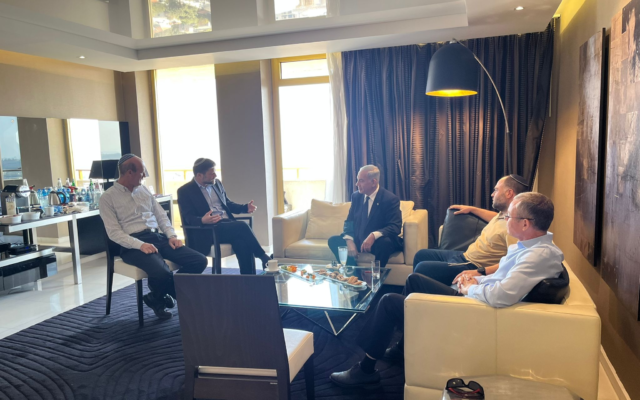 Ben Gvir is set to meet with Netanyahu on Monday, presumably so the prime minister-to-be no longer needs to avoid him. as he did just three weeks ago at an event at Kfar Chabad.

“Ben Gvir was the blow of this election,” says one insider. “He is the only one among us [right-religious] the bloc that got votes from the other bloc;

“Ben Gvir must prove his seriousness and efficiency, improve public security. Ahead of the next election, when he is tested on his role in the ministry, there will not be the same Ben Gvir who was also enthusiastically welcomed in north Tel Aviv,” the insider said, apparently referring to the far-right leader’s statement. meeting with a group of teenage scouts in a liberal bastion.

The position will affect him “for better or for worse,” the insider said. 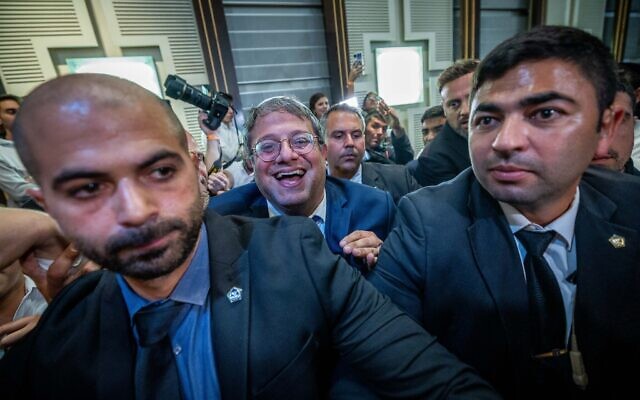 MK Itamar Ben Gvir, leader of the Otzma Yehudit party, arrives to speak to supporters during the announcement of election results at the party’s election headquarters in Jerusalem, November 1, 2022. (Yonathan Sindel/Flash90)

The power of the Likud legislators was eroded

While Netanyahu’s far right may be secure in its leverage, members of his Likud party who spoke primaries in August that they could get any portfolio they wanted if the alliance won 61 seats are now eating their words.

For them, this time, top portfolios in Netanyahu’s government will be won by flattery, not muscle flexing.

The intense primaries held by “Likud” will directly affect the formation of the government, and the coming week will be especially tense.

The prime minister-designate demands absolute loyalty, and senior Likud MK Israel Katz may have seen his chances of a top portfolio plummet on Sunday’s telecast. the recording He claims to have created a “faction” of loyalists in the party that would push Netanyahu to appoint him as finance minister, a post he previously held and which he has publicly said he requested from Netanyahu.

All of the partners in this self-proclaimed “faction,” David Bitan, David Amsalem, Nissim Vatury, and Hanoch Milwicki, were quick to disavow it after Katz’s comments leaked. 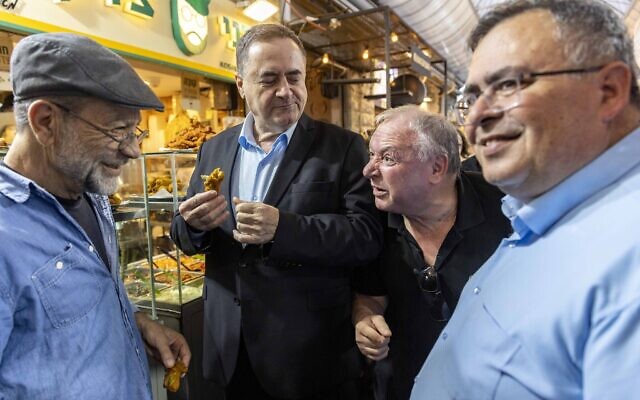 Over the weekend, after reports of “factions within a faction” and that the tapes were about to be broadcast, members of Netanyahu’s office called Katz and asked him to back off.

But he refused, insisting that he would not engage in “nonsense”. Now that the tapes have been released, Netanyahu supporters say Katz’s prospects for a top cabinet post appear to have dimmed.

Netanyahu did not try to undermine Katz in the primaries, but he promoted his preferred candidates and thus pushed others back on the list. Bitan, Katz’s partner, claims Netanyahu tried to push him completely off the slate. Netanyahu denies this. 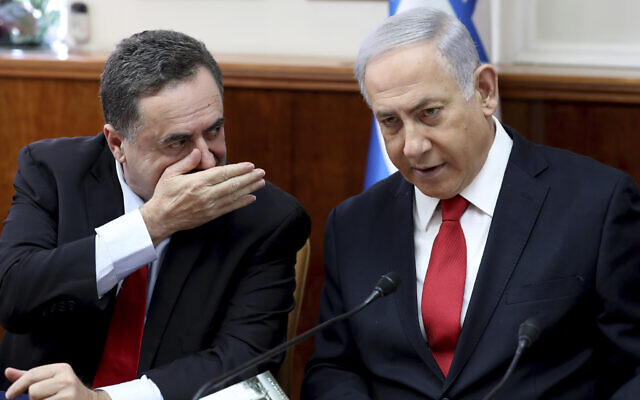 During Katz’s meeting with Netanyahu about a month ago, he asked for the finance portfolio. Katz noted the successes of Netanyahu’s last government, in which he served as finance minister, and reiterated the loyalty he has shown to the prime minister throughout. While negotiating with Katz, Netanyahu told him that he could not commit to giving him the ministry before the elections.

In the tapes released Sunday, Katz said that “Netanyahu gives the portfolio to whomever he wants or whom he owes.”

Netanyahu’s big electoral victory absolves him of any obligation to Likud, and now everything depends entirely on his goodwill.