A special court attached to the PMLA on Wednesday granted bail to Shiv Sena leader Sanjay Raut and his close aide Pravin Raut. The court said that Pravin Raut was “arrested for pure civil proceedings, while Sanjay Raut was arrested without any reason”. 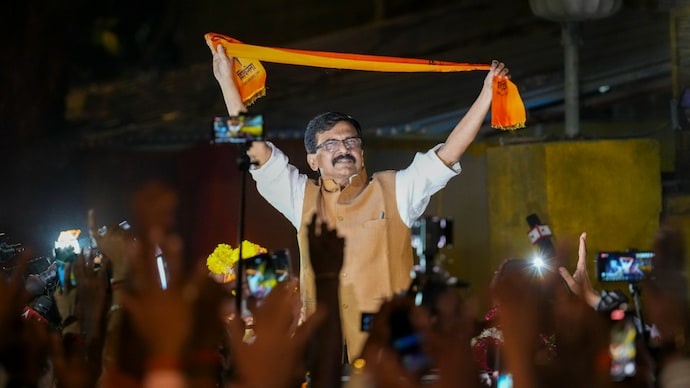 In a detailed 122-page order, special judge M.G. The Wadhavans, their company HDIL, MHADA and the government officials/staff responsible for the misdeeds of the Wadhavans during the relevant period between 2006 and 2018.”

“All this is clearly indicative of the unequal, pick and choose attitude of the EC and the court cannot put a premium on the same but is legally bound to do parity,” the court said.

Sanjay Raut has been arrested by the Enforcement Directorate (ED). After more than six hours of questioning in the Patra Chawli land scam case a few months back. He walked out of Mumbai’s Arthur Road Jail today after a court granted him bail.

In its order, the court noted that while Pravin Raut was “arrested for a pure civil proceeding, Sanjay Raut was arrested without any reason.” “This truth is obvious, the court has a legal obligation and duty to find out the truth even under bail,” the court’s decision said.

The court noted that it was the Wadhawans who were allegedly involved in generating the proceeds of crime, while both the Rauts were “absolutely unconcerned about creating a POC or committing money laundering and criminal activities related to the intended crime,” the court said. for further transactions they made with their own money.

The judge also stated that there is no legal necessity to arrest Sanjay Raut at midnight. “His presence could have been ensured by a notice, not by a late-night arrest,” the court said.

The ED had said that Sanjay Raut was summoned but he sought time to attend and hence avoided the agency. However, the court said: “It could not have been a reason to exercise the power of detention to such an extreme when the ED had never arrested the prime accused Rakesh Wadhawan and Sarang Wadhawan. Therefore, I am convinced that the arrest of the two accused (Rout) is basically illegal without any qualification.”

The judge said: “Simply labeling civil disputes as “money laundering” or “economic crime” does not automatically acquire such status and end up putting an innocent person in a wretched situation under the guise of imprisonment… do what is right, no matter who is in front of it.” :

Justice Deshpande further noted that there was no complaint against Pravin Raut after he was granted bail in the main offence. He then added: “Similarly, the ED challenge against Sanjay Raut can be protected by imposing certain conditions on him. Therefore, there is no possibility that both of them can commit any crime while on bail.”

The court also said it pointed to the slow progress of proceedings under the Prevention of Money Laundering Act.

“I am constrained to state that since the establishment of this designated court, no right of trial has been concluded by the ECJ on leading evidence, and the court has failed to pass any judgment for the last decade. There is absolutely no judgment after a full trial in this court, from the beginning and during the tenure of all my predecessors,” the court said.